Following Black History Month, we are highlighting our favourite stories and some of the most meaningful activities that have taken place to highlight the importance of Black History, and spotlight the contribution of diversity and inclusion within our shared culture.

We hope that we can keep the spotlight firmly focused on diversity and inclusion to raise awareness and educate, influence change and ultimately make the world we live and work in a happier, fairer place to exist.

The Black in Fashion Council (BIFC), a group calling for an end to racial inequality in the fashion industry, has signed up 70 companies to pledge to raise the percentage of black employees in their executive and junior positions. The organisation, which was founded in June in the wake of the murder of George Floyd and subsequent global Black Lives Matter protests, has already doubled the number of brands on board since August, now including Ralph Lauren, Tori Burch, Capri Holdings, IMG, and Hearst Magazines. Signees have committed to work with the BIFC for the next three years, pledging to take positive action in the push for inclusivity within human resources, talent inclusion, support, and corporate spend. Founder and Teen Vogue Editor-in-Chief Lindsay Peoples Wagner said “The process has been long, but we are determined to see actual change and progress in the industry...Creating a new industry-wide standard as far as inclusivity has never been done before, but it’s needed now more than ever.”

This Black History month, dating app Bumble and Metallic Inc. have teamed up with British artists, actors, athletes, entrepreneurs and activists for their #MyLoveIsBlackLove campaign. With 79% of Black people reporting a lack of relatable stories and images about dating and love as a Black British person, #MyLoveIsBlackLove diversifies the narrative of Black experiences in the media, illustrating the breadth of Black love. The campaign sees Black British people including model Jourdan Dunn, presenter Clara Amfo, Olympic GB boxer Nicola Adams, Gal-dem founder Liv Little, and sex and relationship expert Oloni sharing what love means to them.

This October saw 70 prominent white women hand over control of their Instagram accounts to Black women in the #ShareTheMic campaign, expositing their lives, stories, and cultural contributions to a potentially new, global audience. Booker Prize winning author Bernadine Evaristo was given control of CNN’s chief international anchor Christiane Amanpour’s Instagram account, while Emma Dabiri, author of Don’t Touch My Hair, took charge of Gwyneth Paltrow’s account. Illustrating the importance of female relationships, the #ShareTheMic campaign encourages all women to get involved in the fight for equality, forging connections and spreading awareness across industries and around the world.

There has never been a more important time to advocate for small and Black-owned businesses. In the midst of this economic downturn, BusinessLive launched their #IAMBOB campaign to highlight the importance of Black-owned businesses and all they do for their local communities. From personalised trainers to a Black Barbie YouTube show, BusinessLive shared some of the most inspiring business stories from around the UK in this article.

When I See Black - Adobe

As one of the most important reflections of culture, society, and identity, art should always be inclusive, and young Black creatives should always be able to find their experience and place within it. Adobe has celebrated Black History Month with a video entitled ‘When I See Black’, amplifying Black artists and their work with the Adobe creative suite. Illustrating that “Black creativity can’t be painted in a single stroke”, When I See Black is soundtracked by the artists themselves, who explain exactly what ‘Black’ means to them and their art.

Finally, we have to give an honorable mention to a familiar, childhood companion, Barbie, who sat down with her friend Nikki on her YouTube channel to have an open and honest chat about inequality and the importance of listening, learning, and taking action as a white woman and friend. It’s great to see that the Barbie brand is embracing technology and cultural topics to stay relevant today, and even better that she’s teaching young girls about the importance of identifying and taking a stand against racism. 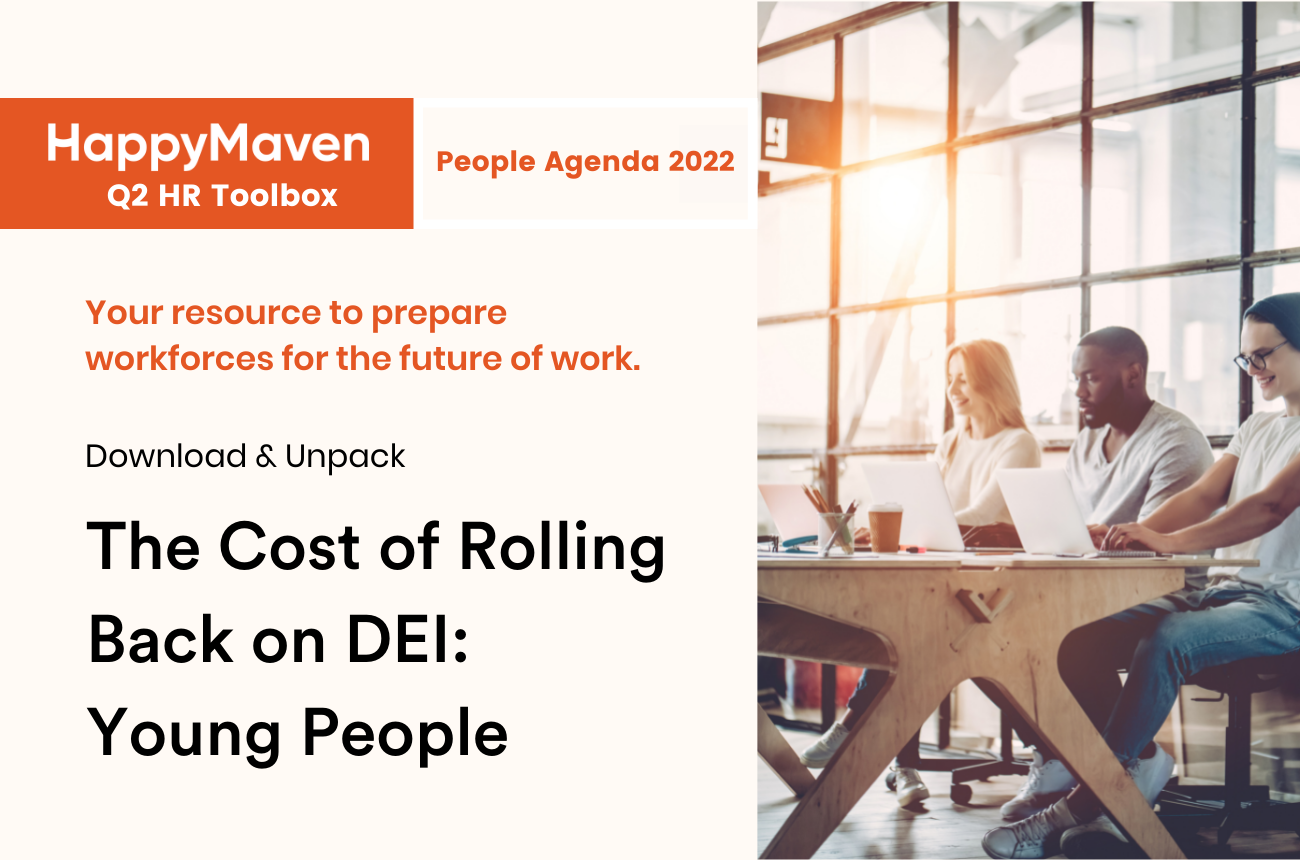 HappyMaven Q2 HR Toolbox | The Cost of Rolling Back on DEI: Young People 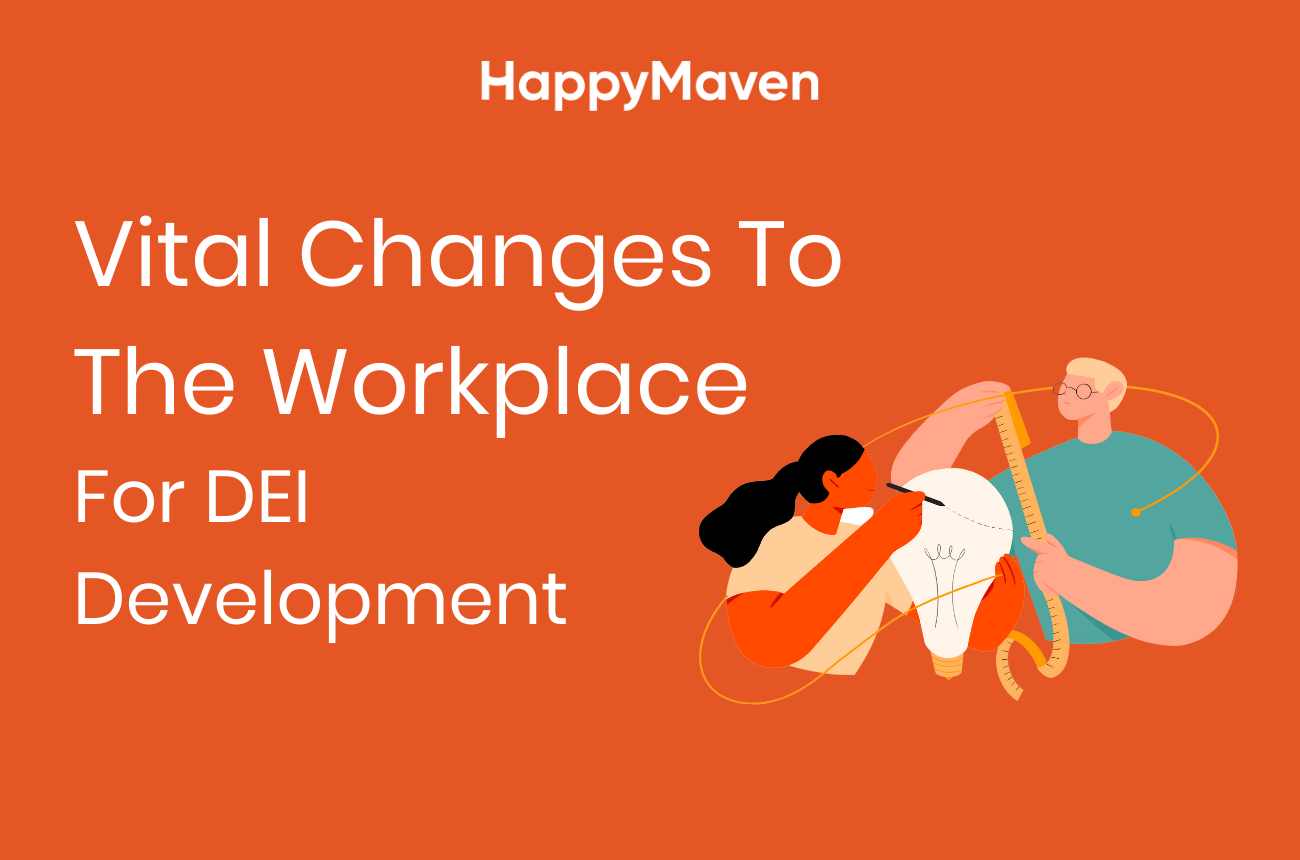 Vital Changes To The Workplace For DEI Development 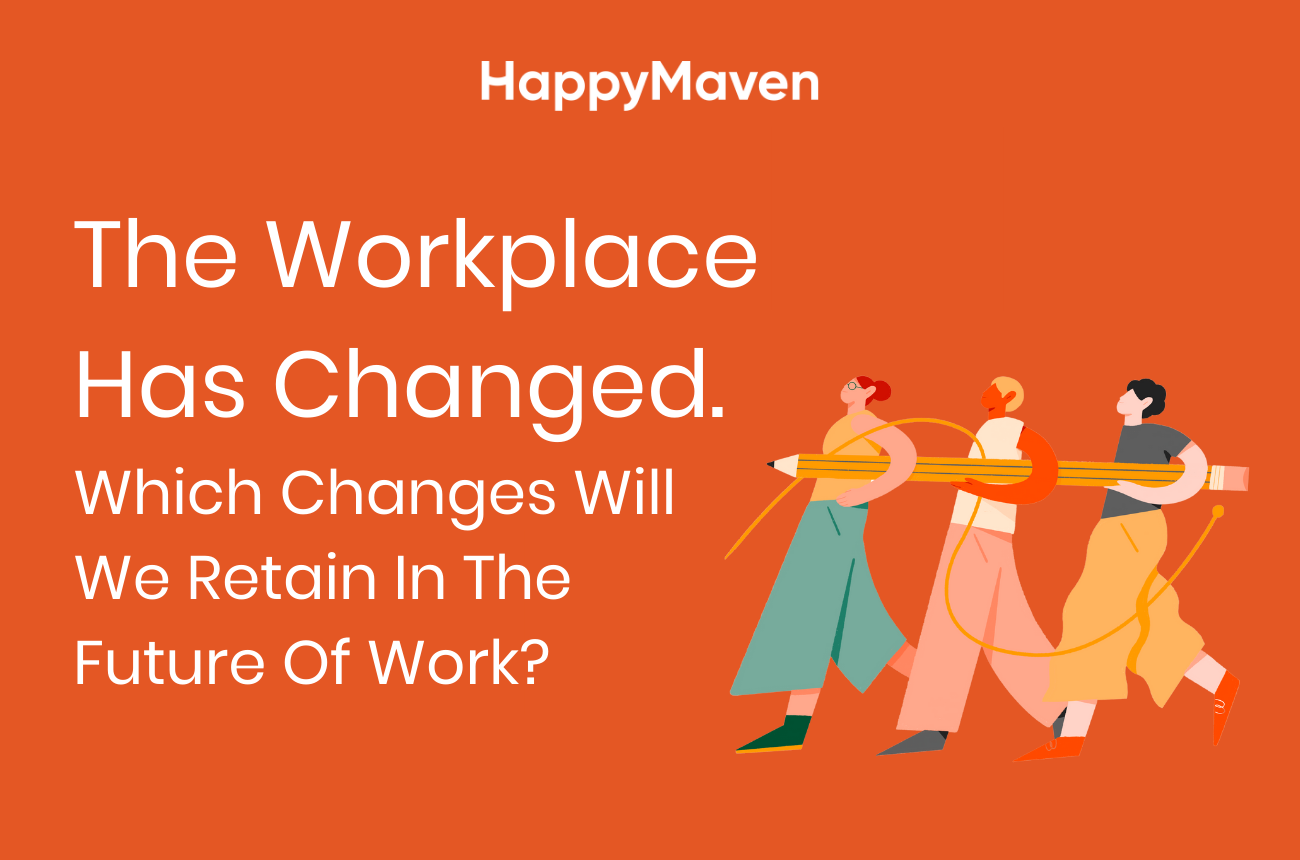 The Workplace Has Changed. Which Changes Will We Retain In The Future Of Work?